I read these two really interesting books from the library recently, both with a similar ilk, and yet both so different.
Both books are about people who came to choose to live without money, but both for very different reasons.
In "The Man Who Quit Money" the author tells the story of Suelo who commits, over a period of time to live without money.  His motivation is a spiritual one, having studied many of the worlds religions and coming from a Christian background he sees the only way to truly follow the teachings of Christ is to sell everything he has and quit money.  He sees no way of living in the money system which doesn't involve harming others or himself in some way.
The book tracks his remarkable journey through life and shares how he got to be where he is today (living in a cave in the mountains in Utah) it also tells how he lives off food that others have thrown out or don't need and enables us to get to know the man as a friend; humorous, humble, brave, ernest.  The book is very poetic in the way it is written and is very spiritual, it is inspiring but as much as the author tries to show how Suelo doesn't see himself as any kind of guru, it definitely leaves you feeling like he is on a pedestal, doing something totally unachievable to the ordinary person.  However this did not diminish my enjoyment of the book. What is frustrating about borrowing books from the library is you're not supposed to write in them so I have nothing to quote having not underlines any of my favorite passages; so here are a couple of quotes I found online:

“It made Daniel think. The people who had the least were the most willing to share. He outlined a dictum that he would believe the rest of his life: the more people have, the less they give. Similarly, generous cultures produce less waste because excess is shared, whereas stingy nations fill their landfills with leftovers.”

Chance is God. To know the mind of Chance you must break all attachments (preplanning) and move with chance. Faith = taking a chance."

"I'm realizing that anything motivated by money is tainted, containing the seeds of destruction. That's the struggle - guess that's why Van Gogh couldn't sell his paintings - they had to be pure. There is no honest profession - that's the paradox. The oldest profession [prostitution] is the most honest, for it exposes the bare bones of what civilization is all about. It's the root of all professions."

Free is the story of one woman's decision to live for a year without money as a personal challenge and to show others that it is possible.  She survives in London by living in a variety of squats and eating food from shop bins.  I enjoyed reading Katherine Hibbert's adventure and learned a lot about squatting and raiding dustbins, it would be a useful read for anyone who is thinking of squatting for whatever reason.  It includes lots of interesting statistics and sometimes surprising and shocking facts about quantities of food discarded and the numbers of uninhabited (but perfectly habitable) properties in the UK.  The marked difference between these two books was the motivation for their situations, Suelo had a deeply spiritual reason for living for free where as Katharine chose to on an apparent whim.   What I found amusing about Katharine's books was that as soon as she was settled in a squat she began gathering possessions, perhaps partly to show the reader how much useful stuff ends up in landfill, but also partly I think because she had some kind of ingrained instinct or desire to gather things.  A strong contrast to Suelo who chose to live with as few possessions as possible. 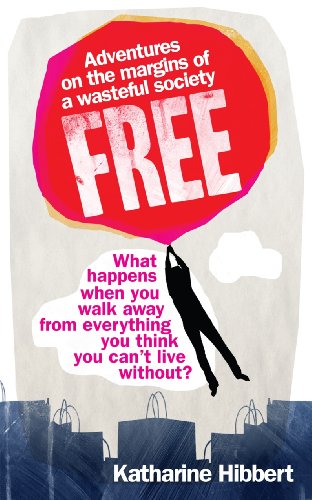 In spite of the frivolous nature of Katharine's journey I still enjoyed the book and felt inspired by both of them to live a life with less stuff.
I had already concluded that more stuff just makes you stressed, tired, worried and anxious, but it was good to have this view reaffirmed by two very different books.
Posted by imperfectly natural mama at 15:36 No comments: Links to this post

Posted by imperfectly natural mama at 16:14 No comments: Links to this post

Still trying to save the world

Last weekend I went to stay with my mum and dad is South Wales for a few days to get a bit of a break and a rest with my boys.
We visited one of my favourite beaches in South Wales; Port Eynon.  It's a beautiful beach in the Gower made more interesting by the fact that a lot of the sand is washing away (no one really knows why) which is revealing the stumps of trees and other flora that has been preserved on the sea floor for thousands of years!  Amazing!
But also quite sad because the beach is totally different to how it looked as I was growing up.  It used to be a very sandy beach but is now very stony and muddy.  Another major feature that this beach has adopted since I was a child is masses and masses of little pieces of plastic, all different colours, shapes and sized, all different types of plastic, stringy, spongy, hard, soft and all of it floats.  I never remember there being so much plastic on the beach when I was a child and it breaks my heart that in just 25 years or so the coast of the UK has been littered with these little pieces of plastic which cause so much damage to sea life.  These pieces of plastic will be on these beaches FOREVER.  They will eventually degrade into smaller and smaller pieces so we won't be able to see them but the will choke micro organisms which try to eat them.  I feel so ashamed for what humankind has done to this beautiful planet. 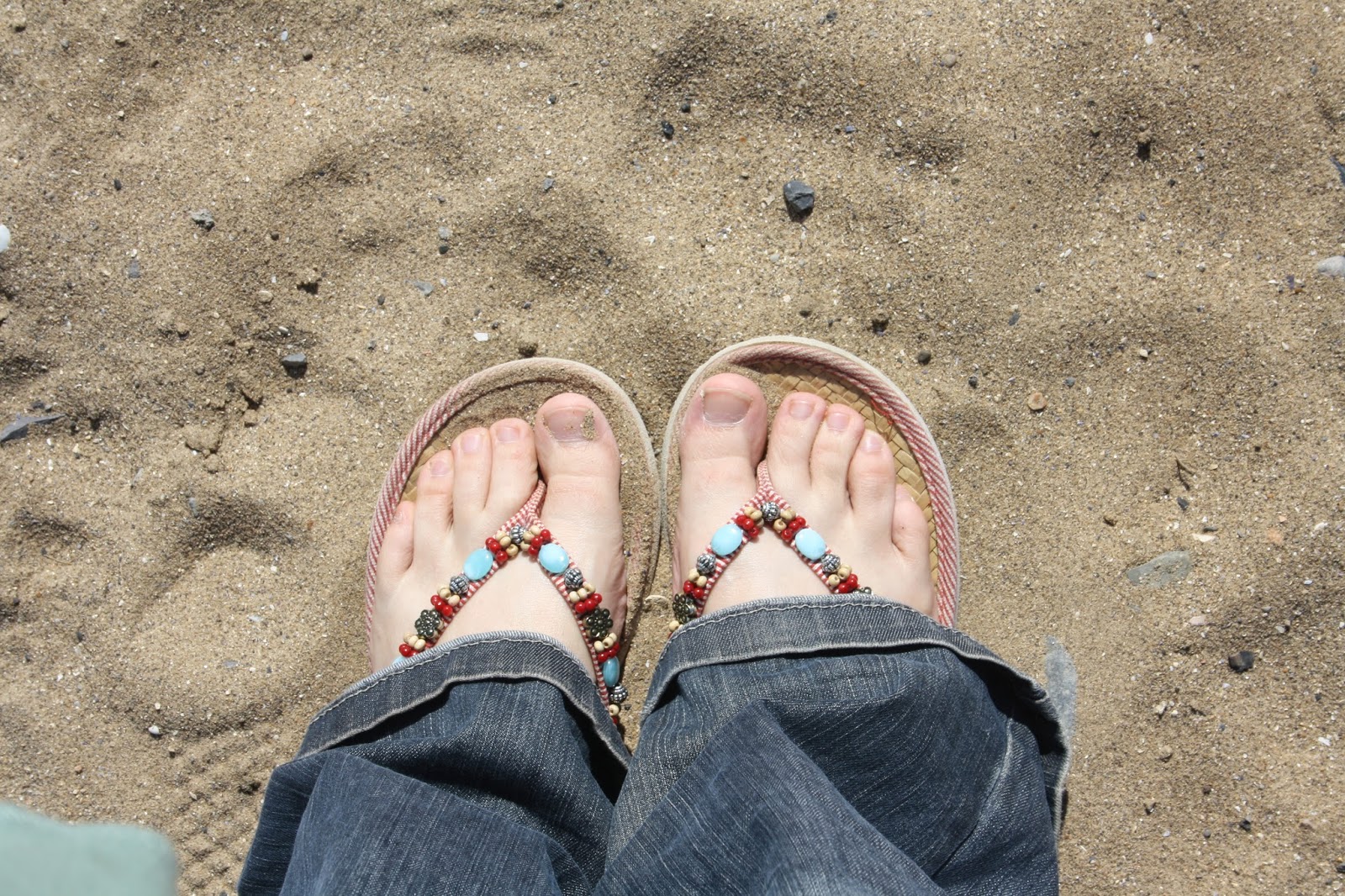 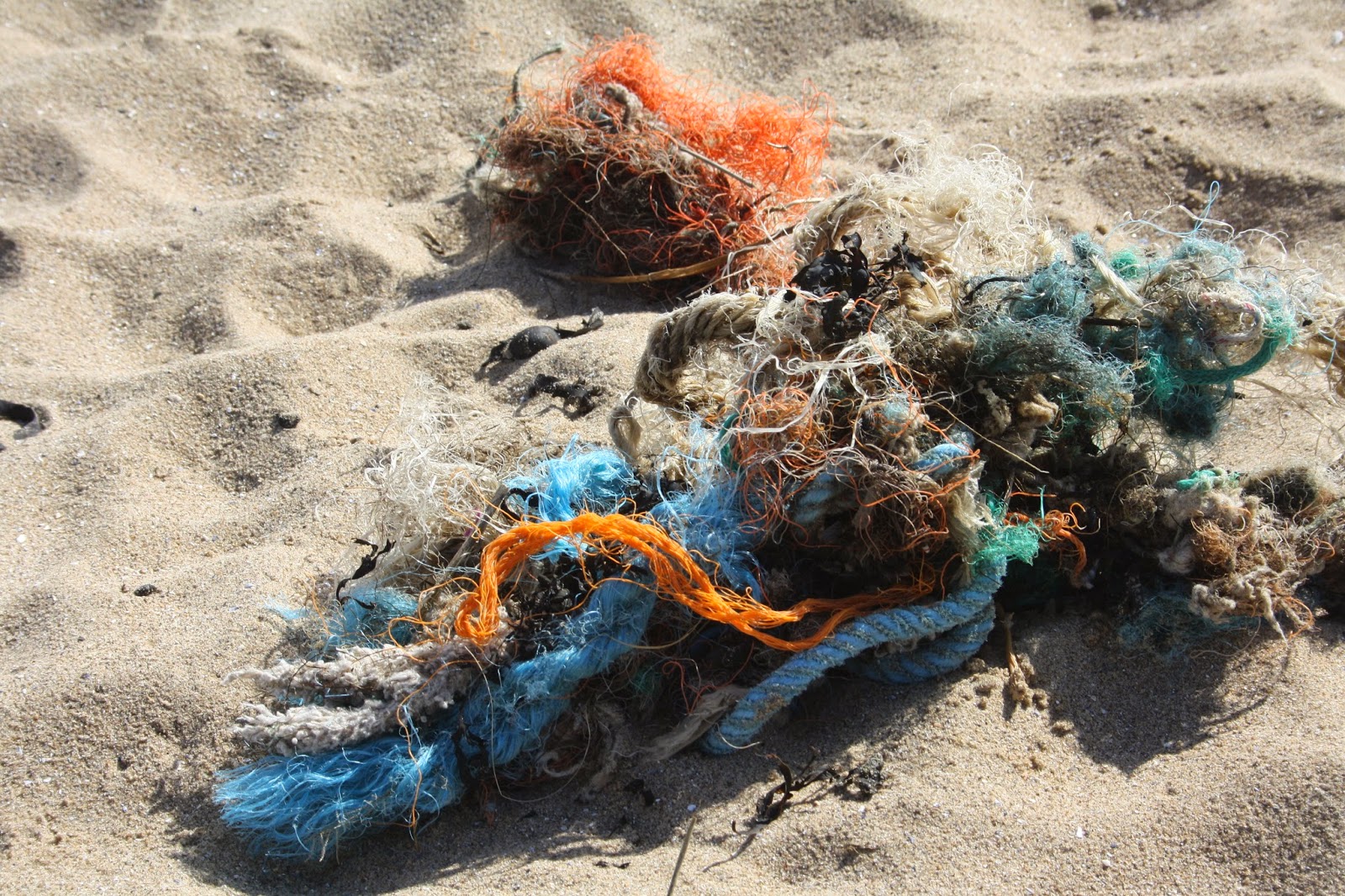 Some of the flotsam can my quite visually attractive. 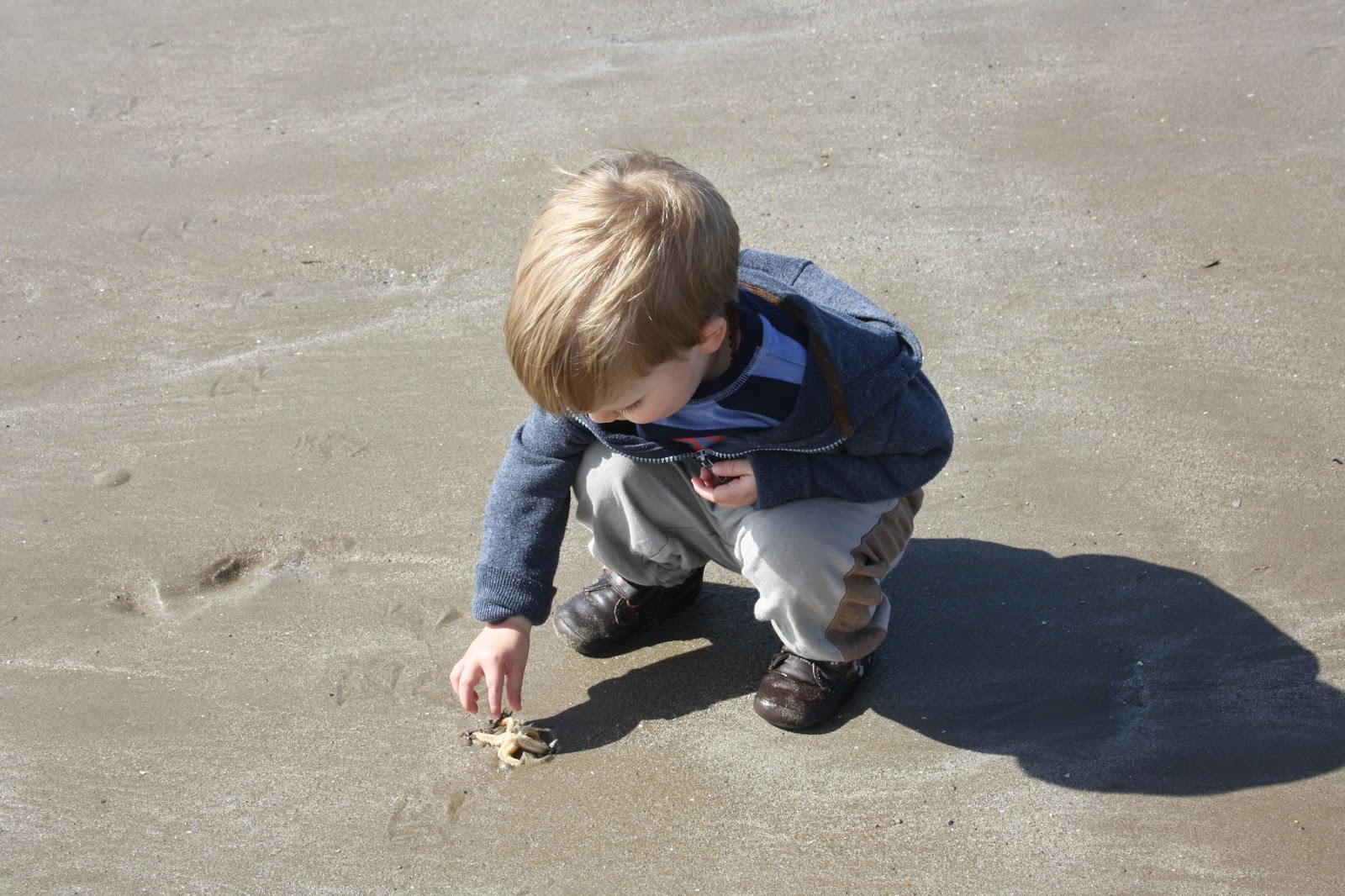 Boris found a starfish or "Star crab" as he prefers to call them, which he duly rescued and placed gently into a tock pool. 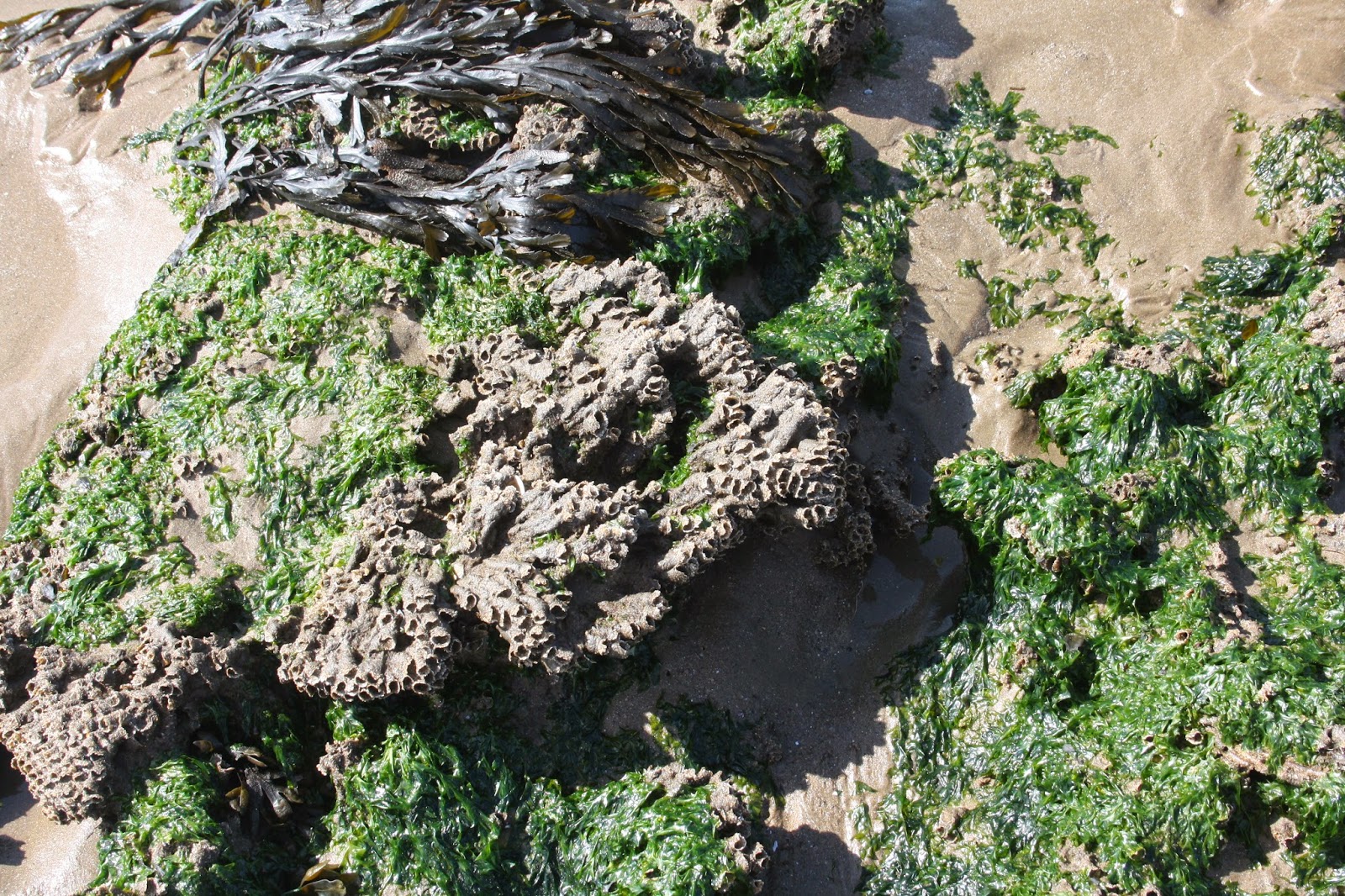 Here you can see the remains of preserved flora which is thousands of years old amazing to think we are seeing this again since such a long time.  Also equally amazing to think that this land used to be forest! 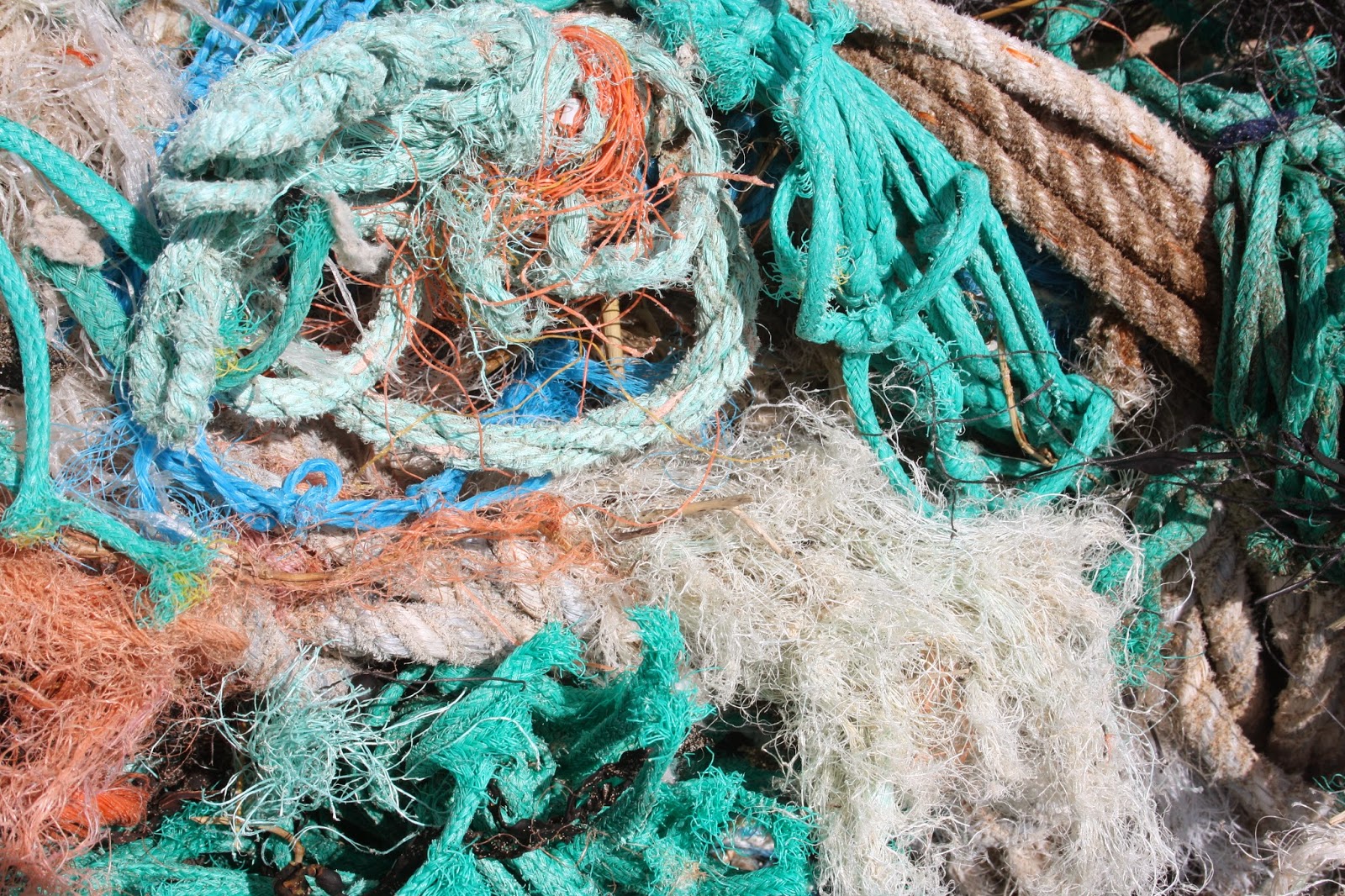 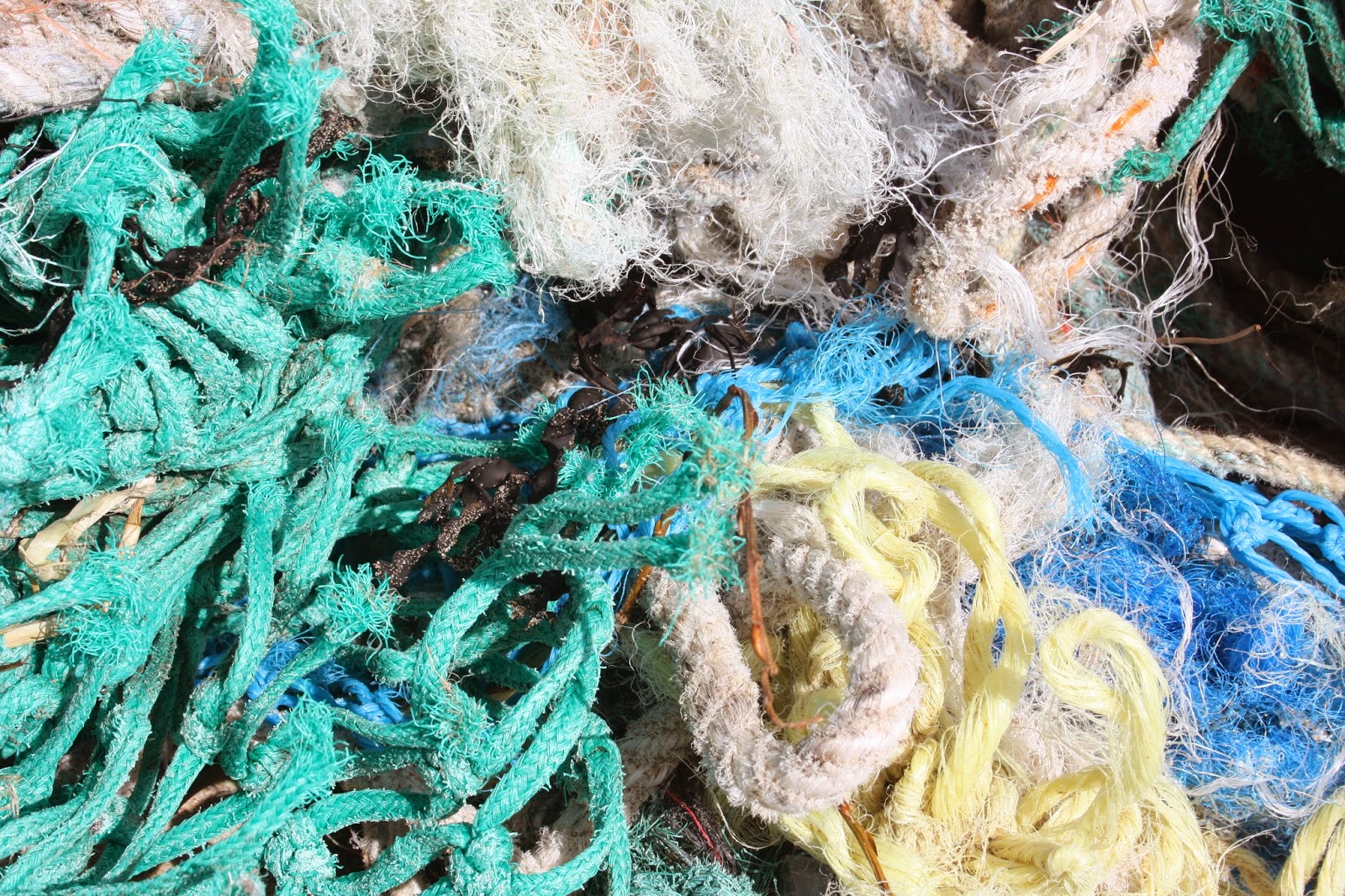 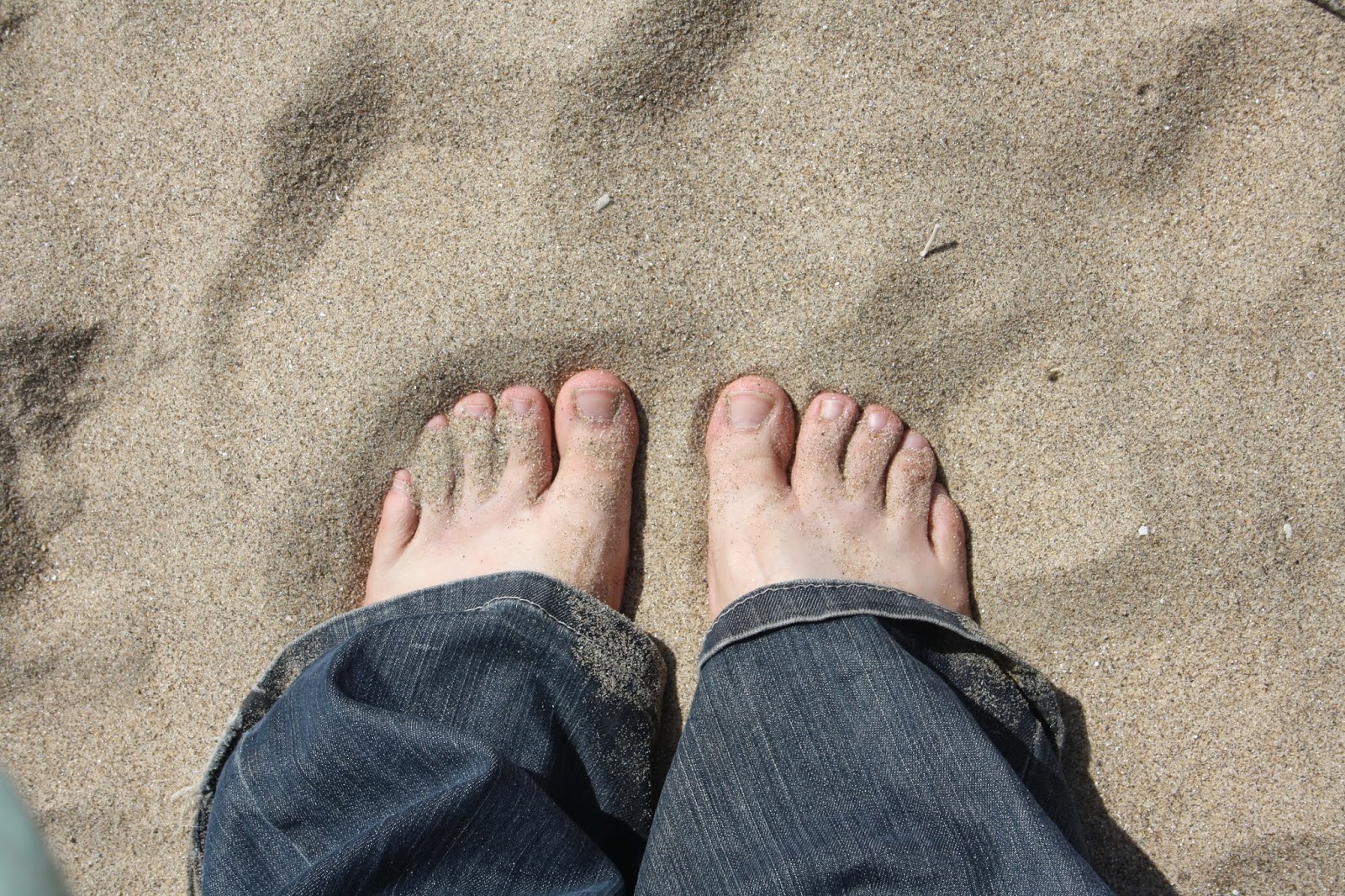 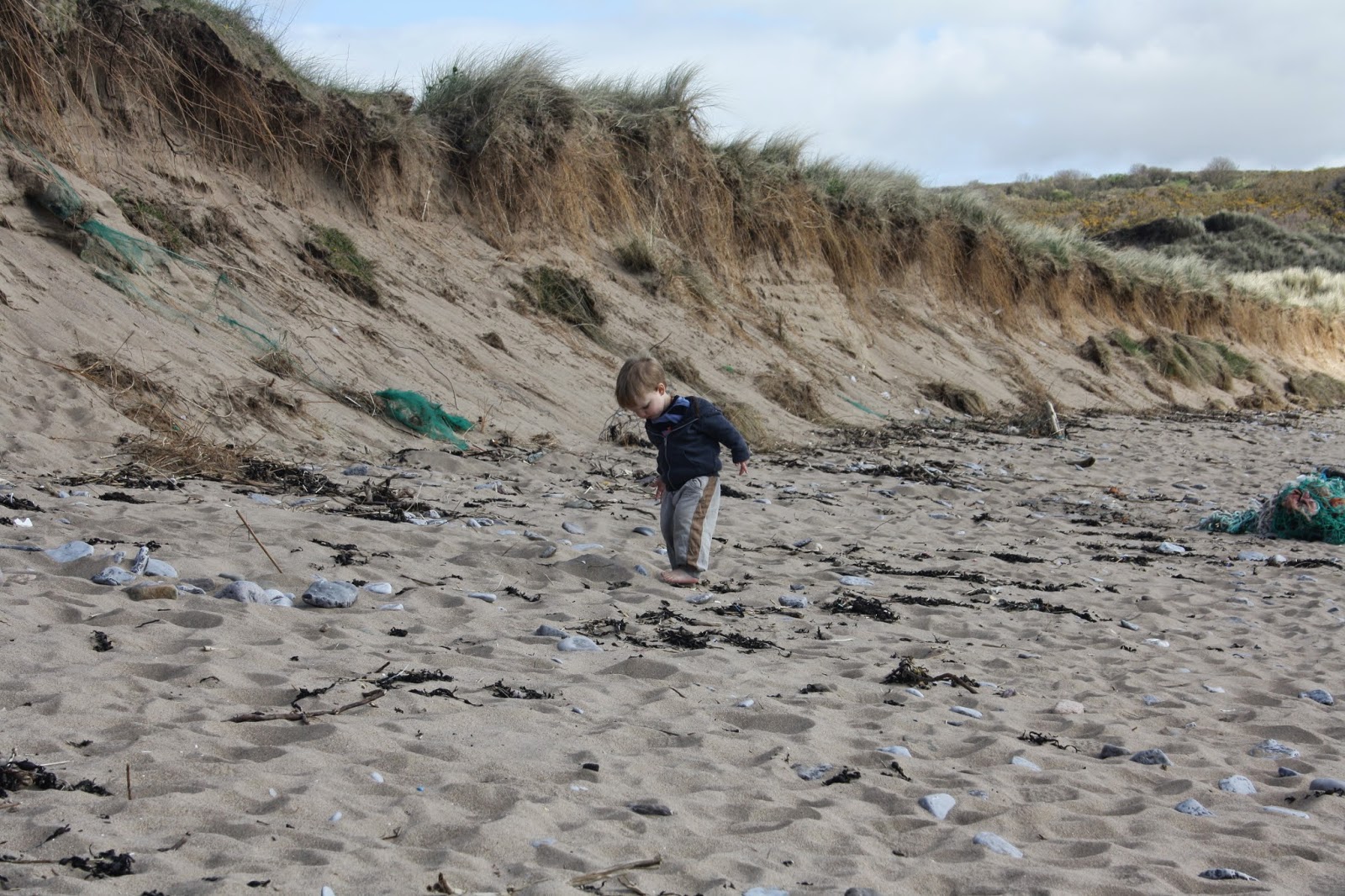 Picking his way through the pieces of plastic. 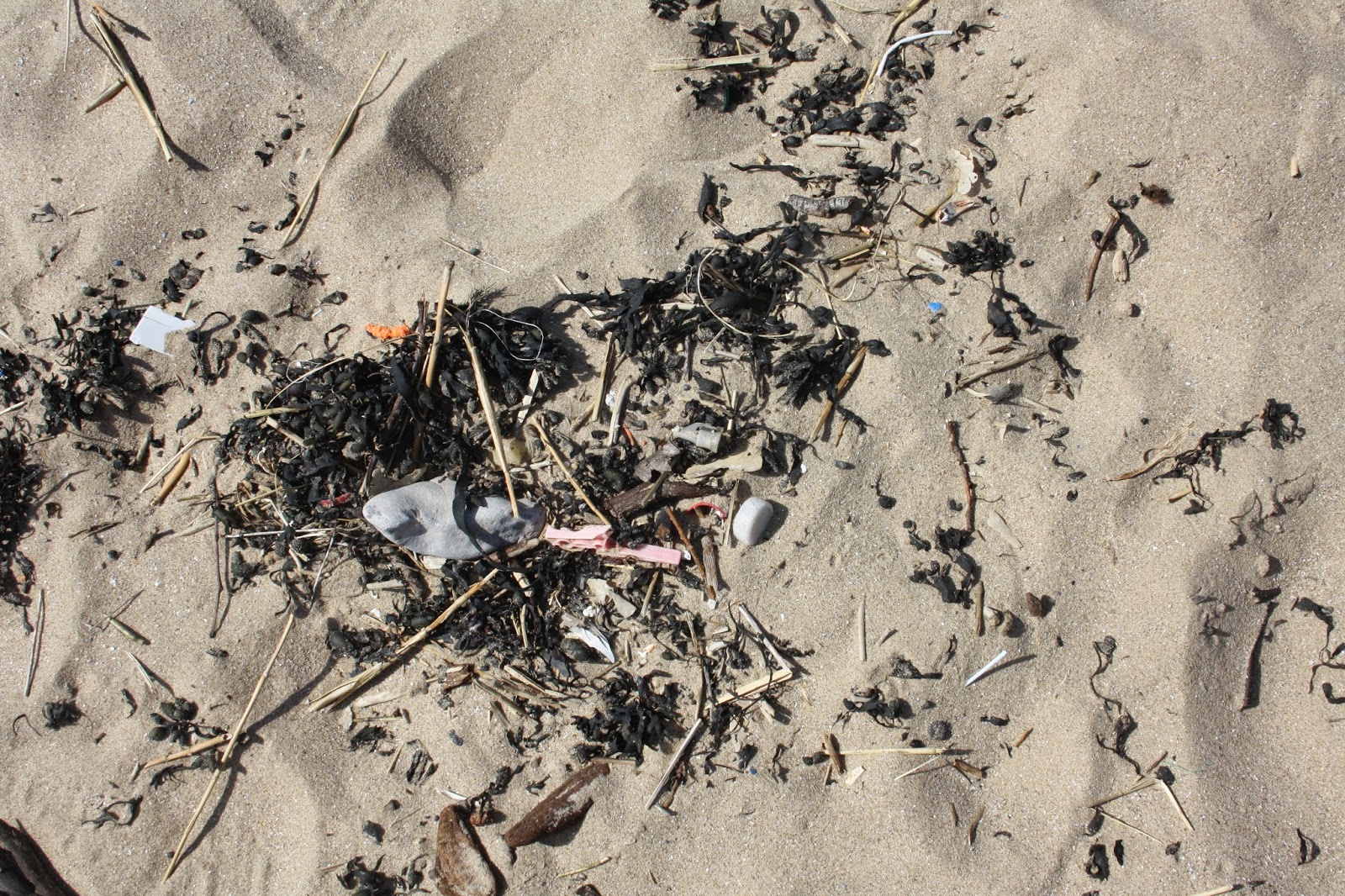 In this small section of sand I found over 13 pieces of plastic.

Every time I visit the beach I make a point of collecting 3 pieces of littler and putting them in the bin.  It's not much but if all of us picked up 3 pieces of plastic every time we visited the beach we might make at least a small dent in the massive problem.  Find out some more information here: http://www.take3.org.au/main/page_blog.html
Posted by imperfectly natural mama at 16:18 2 comments: Links to this post

Finally I am writing a blog post about a craft project I have done, Hurrah!  (It's only taken 9 months!)
So a couple of months ago my mum and dad had a joint birthday party to celebrate them turning 60 (here's hoping I am lucky enough to make it to 60 and beyond), it was a great weekend with lots of family friends, work friends, old friends and new. As I have given up alcohol for let it is possibly I was the only person there sober enough to photograph every single person attending the party as well as getting them to write a little note to my mum and dad with a message to them for their birthday,
At the end of the party I gathered in all the cards and edited the photos on Instagram to make them pop a bit and printed them as 5" x 5" squares. And here is what I did with them: 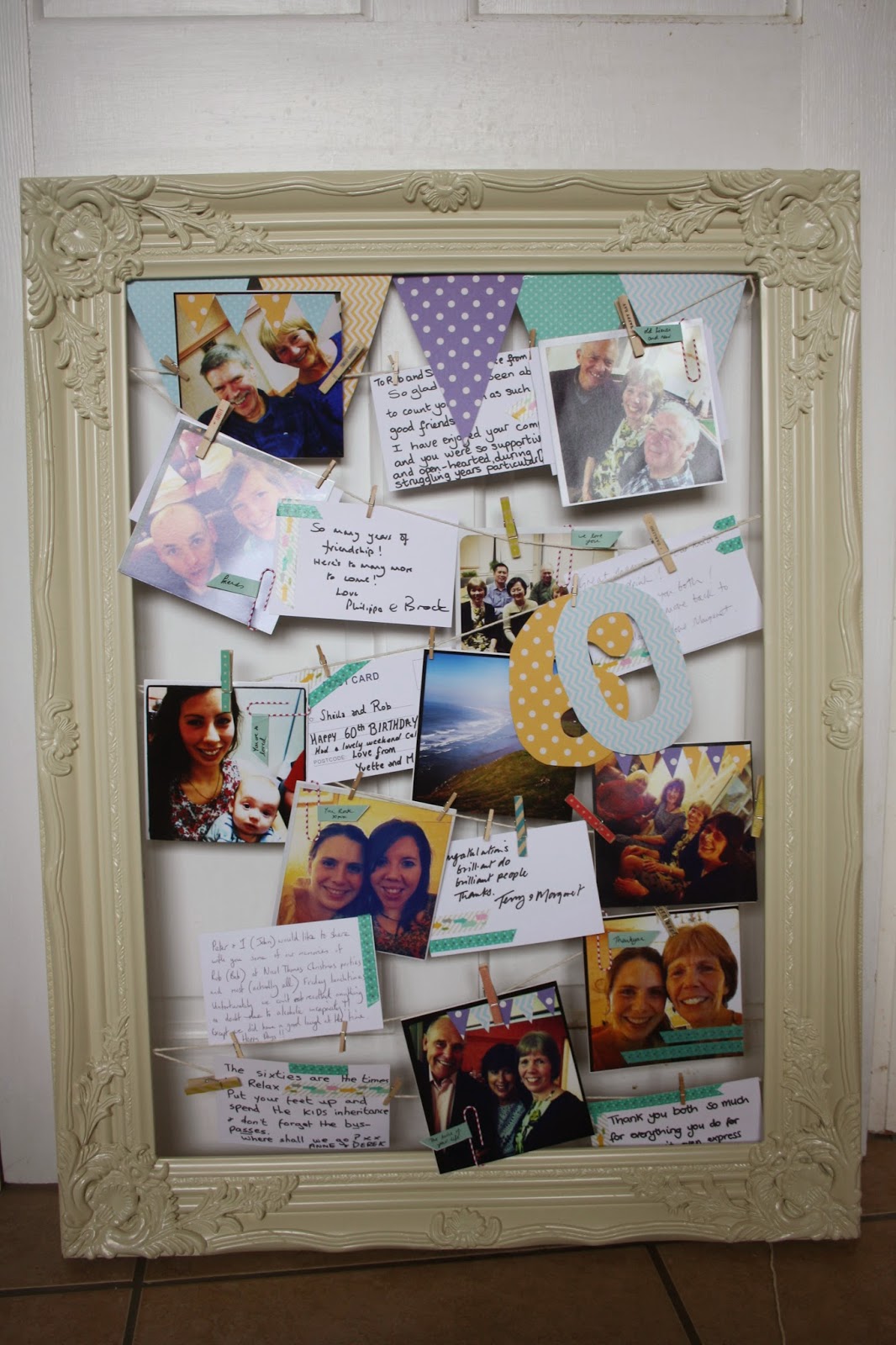 The frame was originally a mirror I bought from The Range.  I took out the mirror then string string in a zig zag across the back.

I bought some decorated mini pegs, red and white paper clips with tags, washi tape and paper from Hobby Craft. 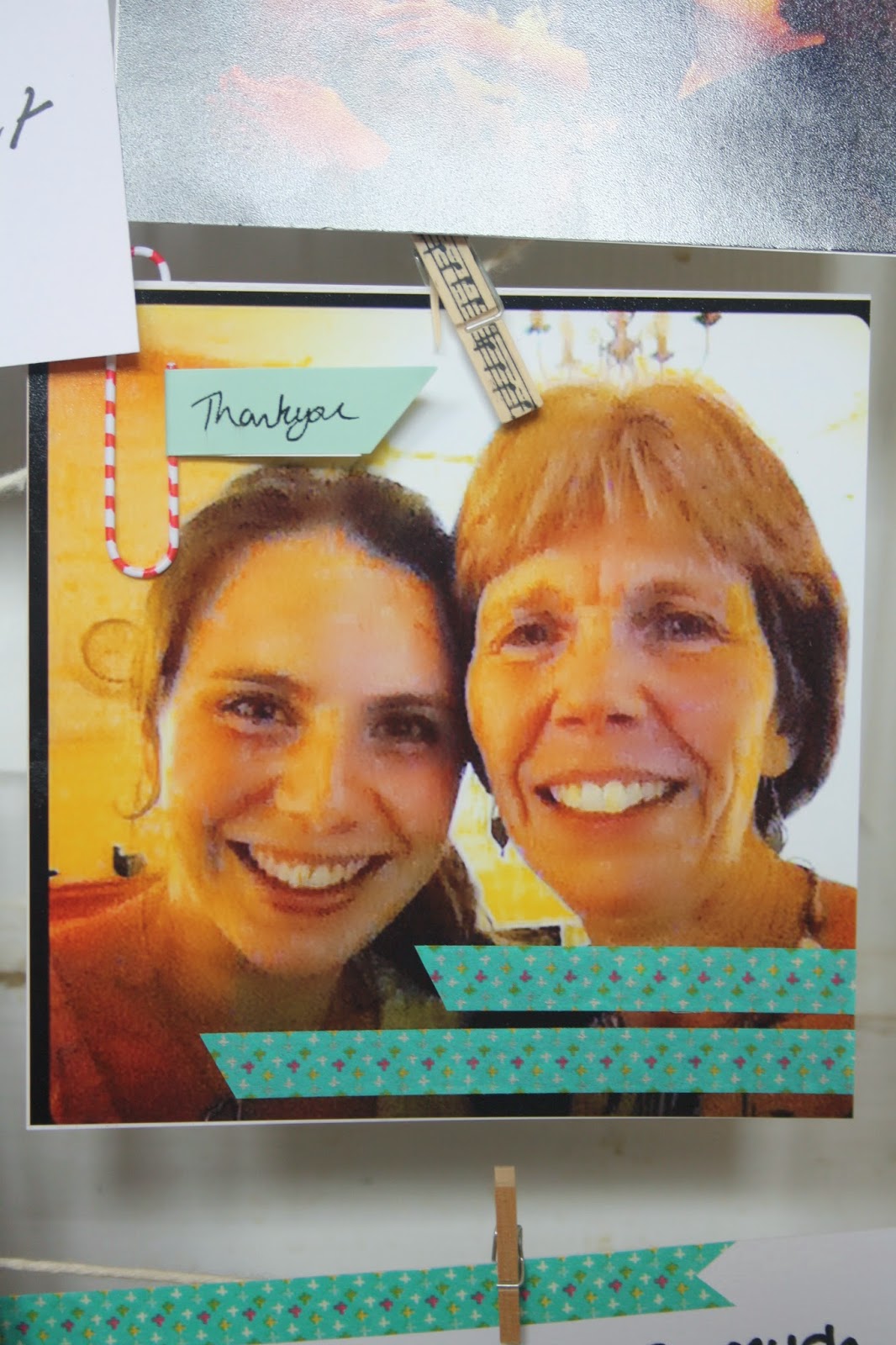 I used the pegs to peg the photos (which I stuck back to back because I had to many) to the string and decorated the photos and cards with the washi tape and paper clips. 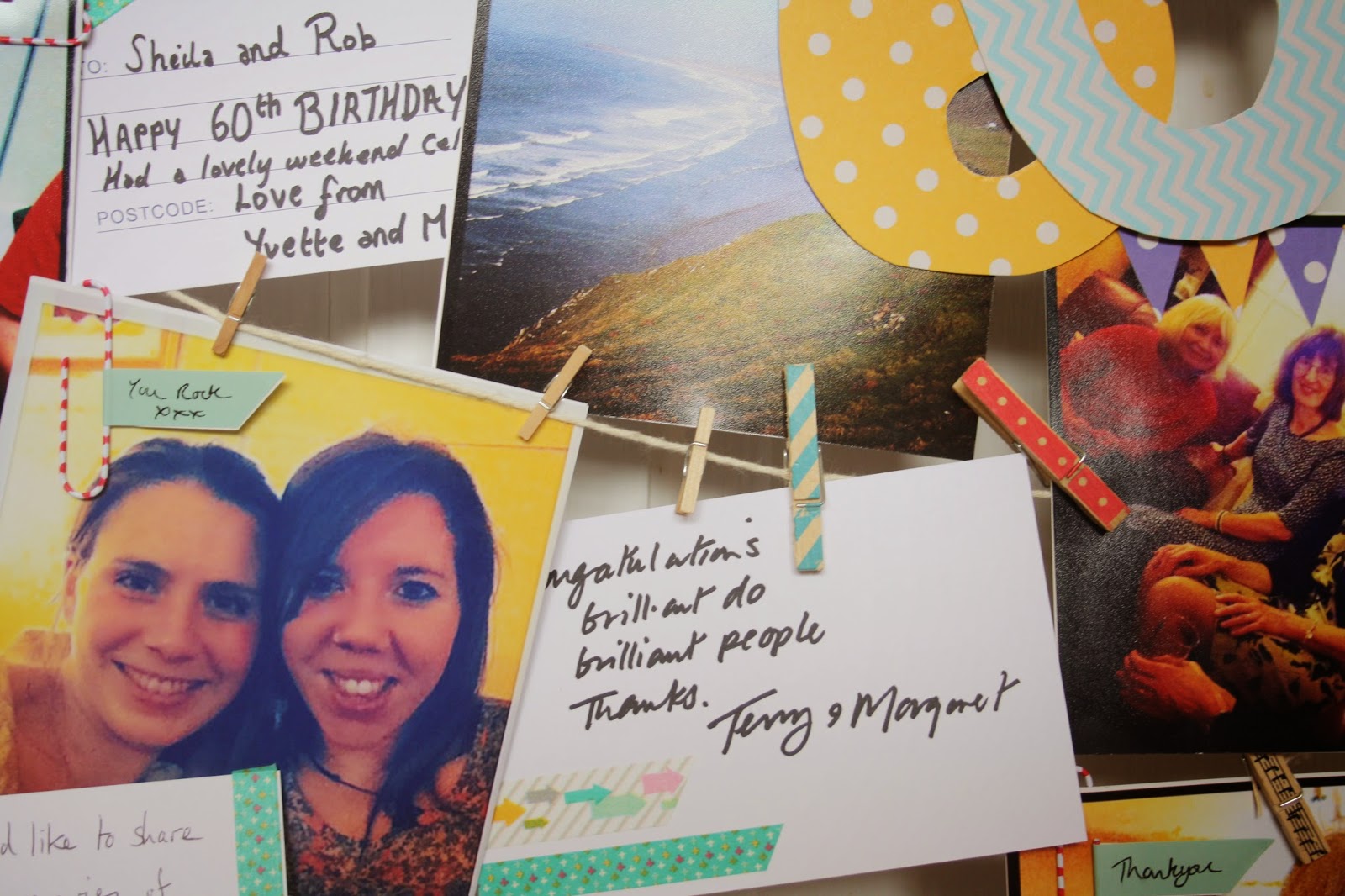 I cut a "60" out of the coloured paper block I bought as well as some little triangles which I stuck along the top of some of the photos for bunting. 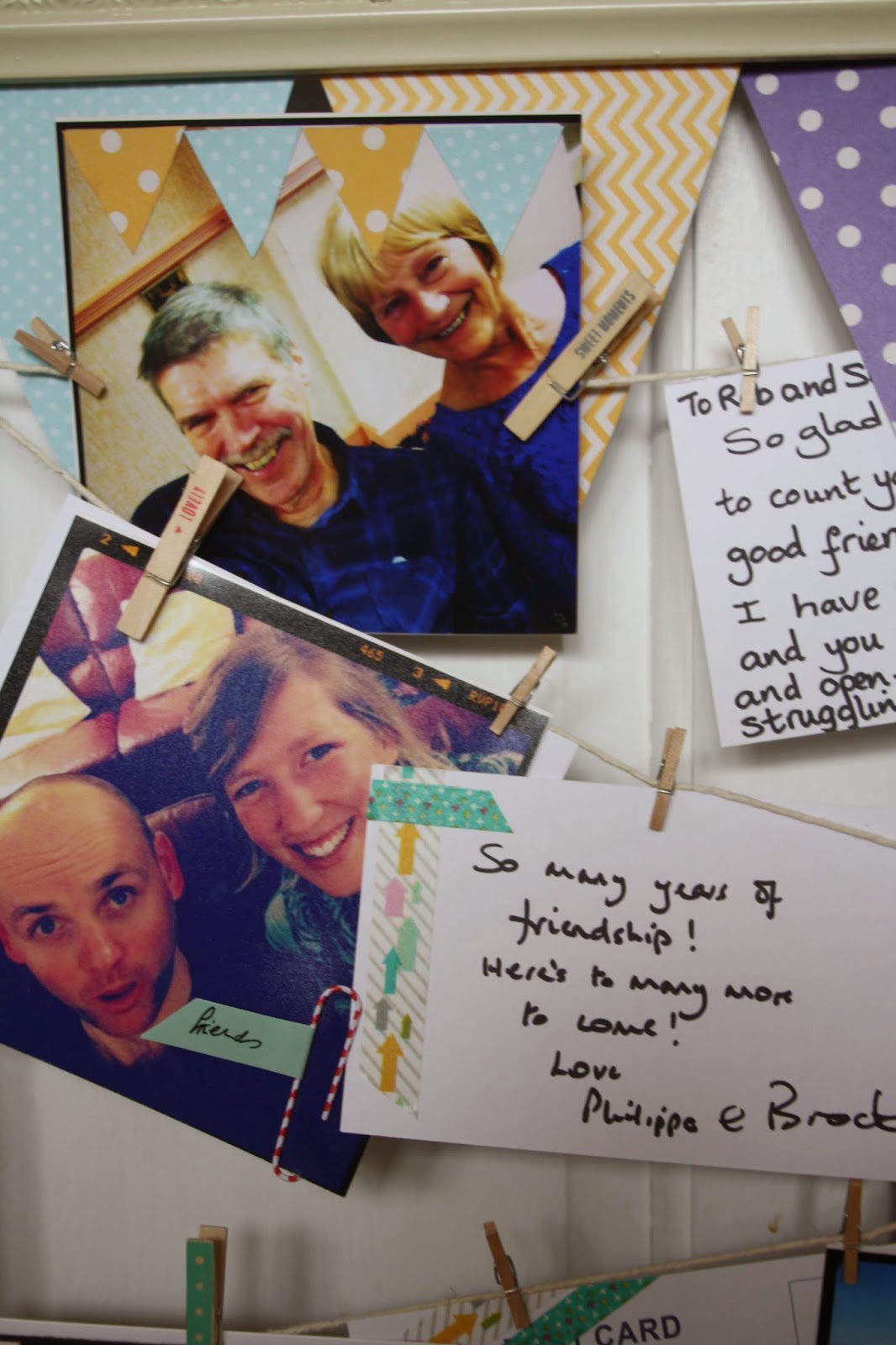 I also cut some larger triangles and stuck them along the inside top of the frame to look like bunting. 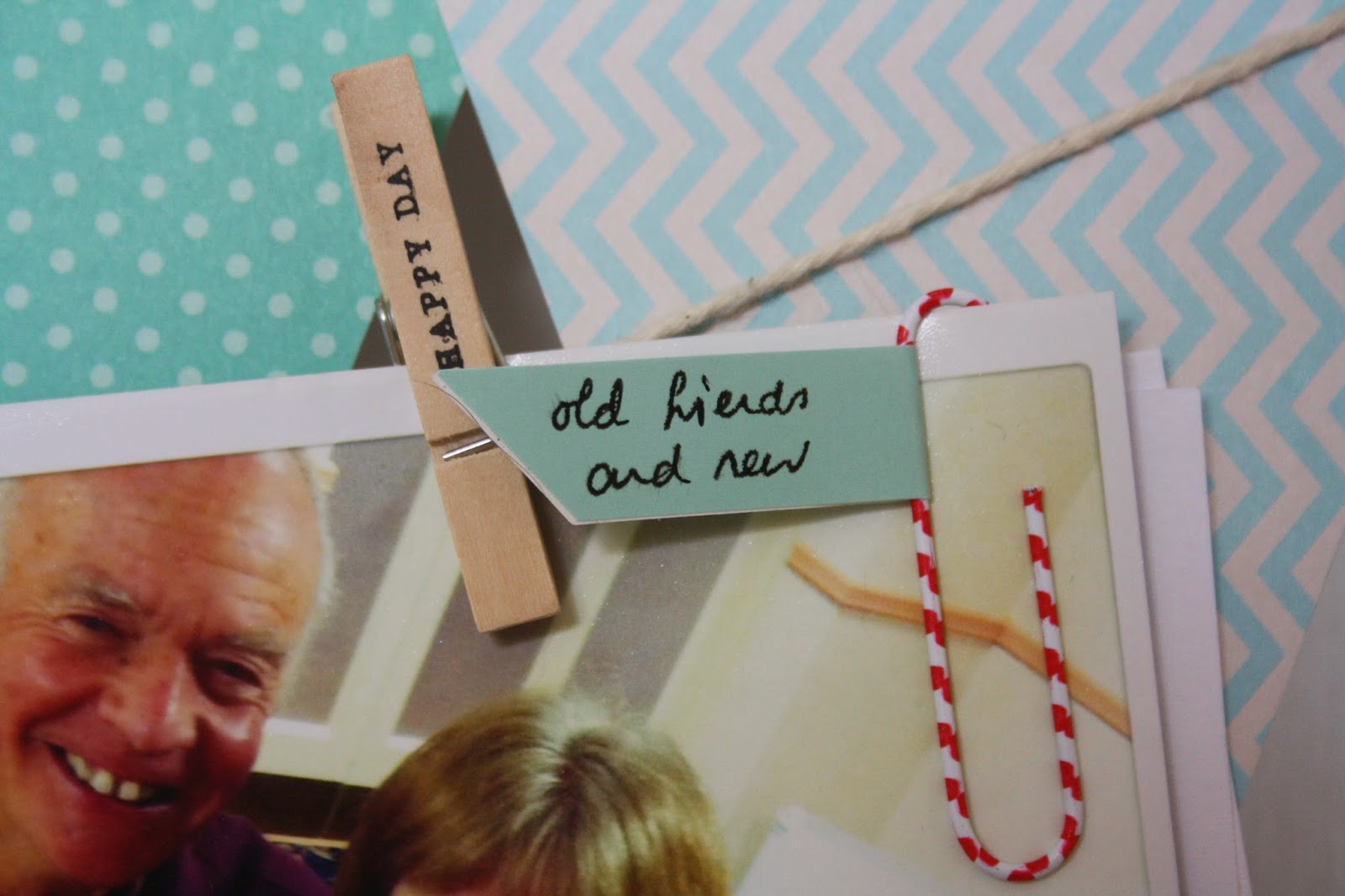 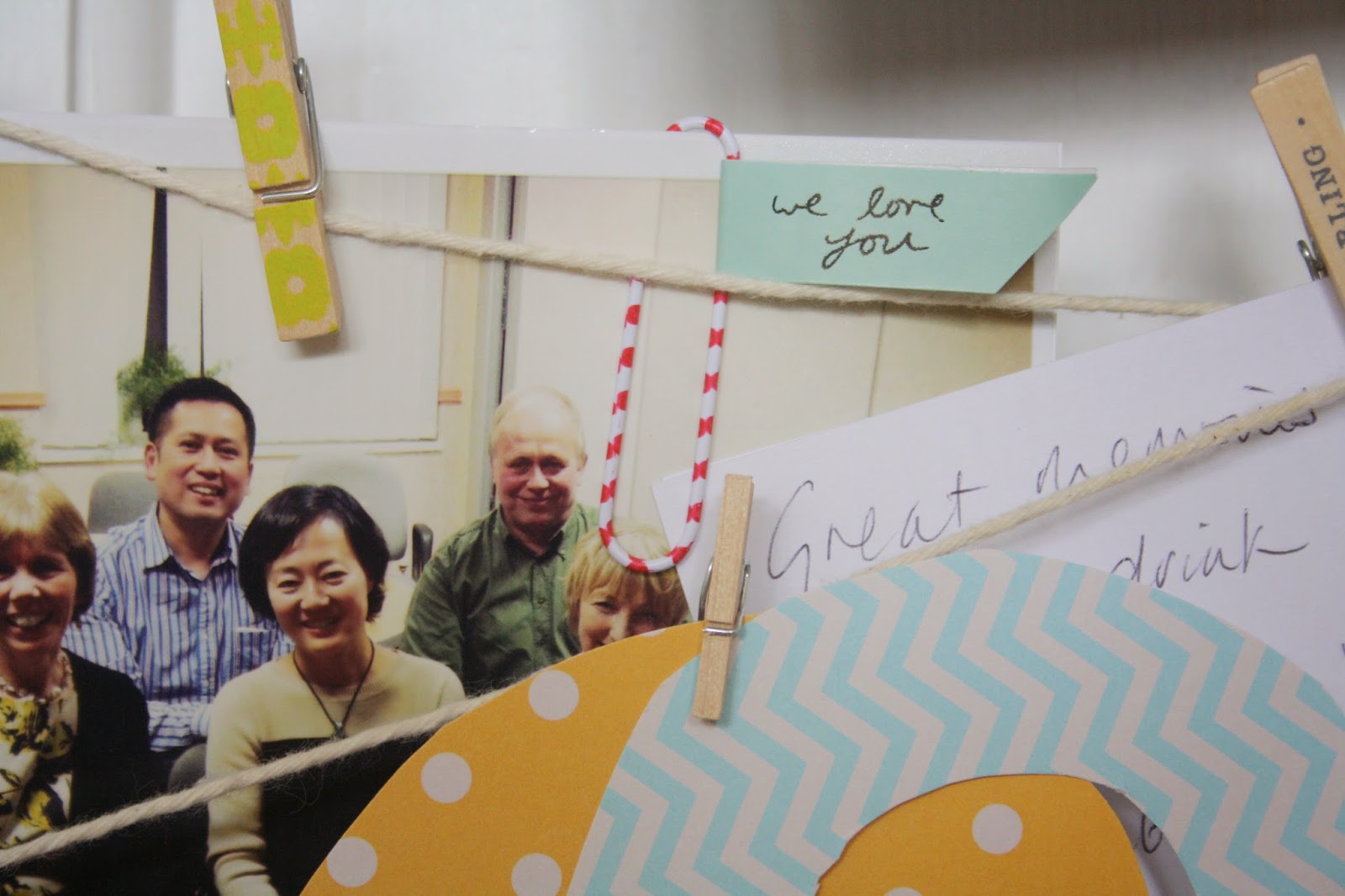 I was pretty chuffed with it and I think my mum and dad loved it too. At least I hope so, I was up till 2 in the morning finishing it!  I had to really not be a perfectionist on this project because I had so little time, which was hard for me as I will normally agonise for ages over which colour paper to use, where to put the embellishments etc, and will carefully measure each cut of paper to make sure it's all symmetrical and even. However in spite of my somewhat slap-dash approach I think it turned out pretty well.
Are you crafty?  How do you fit in time for crafting with young children?

Posted by imperfectly natural mama at 15:20 No comments: Links to this post