We had a little celebration of the Chinese New Year yesterday.

We started with a visual re-telling of the story of how the Jade Emperor decided on the animals of the Chinese calendar. I told the story, read from a powerpoint presentation off my laptop, and acted out the story with toys and a little scene made with tin foil, a couple of chiffons, some pebbles, bits of wood and some plastic stone and tree ornaments.  The boys were engaged, but I learnt it would have been better not to have the powerpoint presentation, for some reason they were more drawn to looking at the pictures on the screen than the story I was acting out for them. 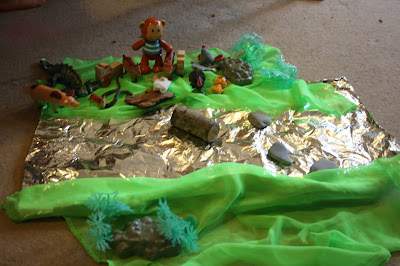 After I told the story a couple of times (again on their request)  they had a go at playing around with the toys on the river, and tried acting the story out too. 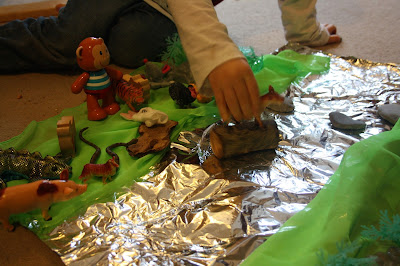 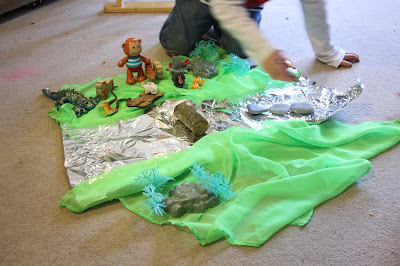 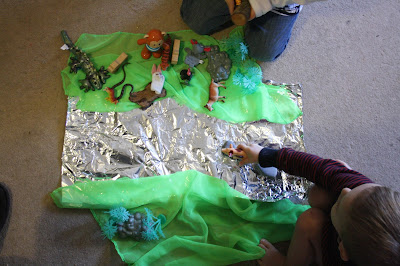 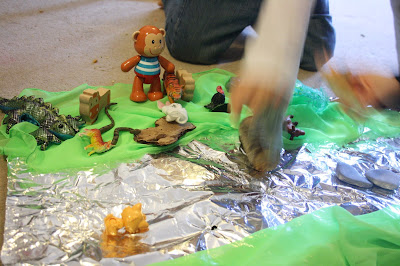 Later we made some Chinese lanterns.  I had to give quite a lot of help with some parts of the lamp making but they were pleased with the results. 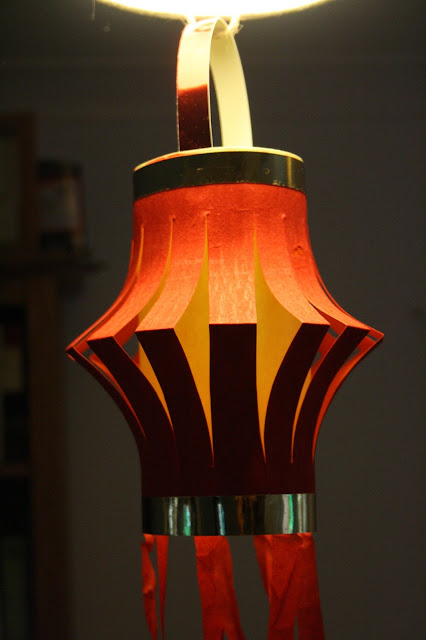 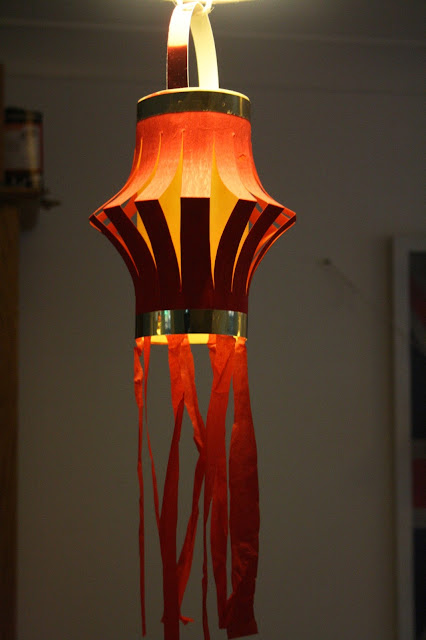 Biscuits effort; he mostly did the cutting and I did the rest. 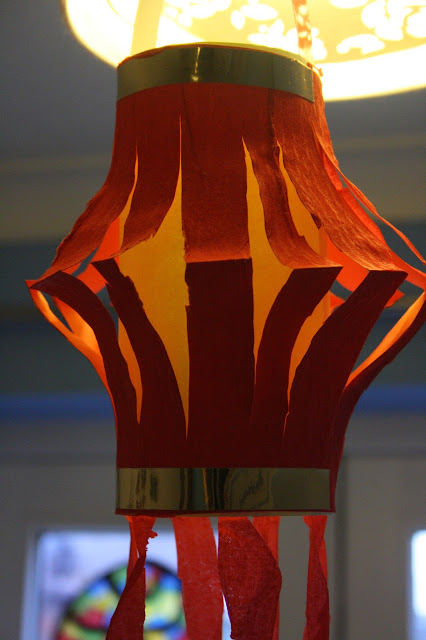 Boris' effort; he had a real go at making the lantern himself, though got frustrated at times when things weren't going exactly his way. 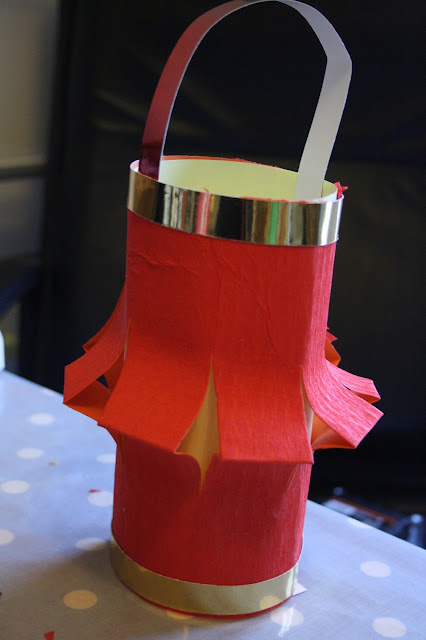 And for dinner, well a Chinese stir fry of course. 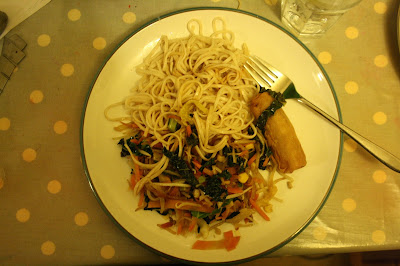 I hope you all enjoyed a happy Chinese New Year!

Posted by imperfectly natural mama at 16:07